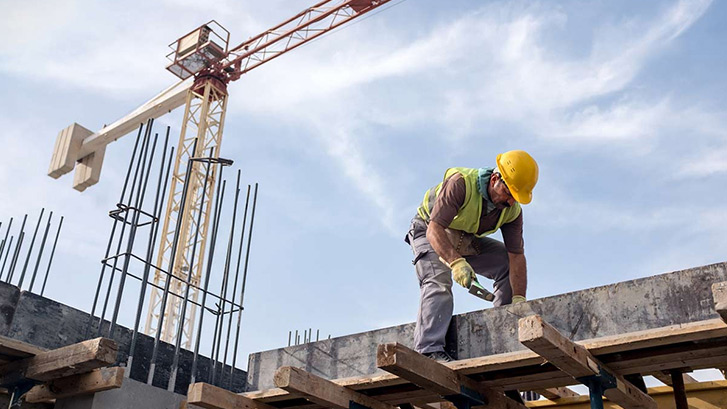 While working in a factory, workers may come across a lot of different hazards that they might get used to in the long run. But it’s when they start getting too comfortable with the surrounding hazards that they start avoiding the right precautions to keep themselves safe in that environment. In this blog, we’ll discuss a few common behaviors at the workplace that can lead to unsafe work for employees.

Almost everyone is overconfident regarding tasks they’re used to doing repeatedly. But this overconfidence turns dangerous where they start to skip proper safety processes, ignoring the best practices to follow that would lead to efficient work.

The worst part is, being overconfident might get you praise for doing your tasks right, but doing something right 10 times doesn’t mean the 11th time will turn out the same way. And once that eleventh time arrives, and you’ve already forgotten how unsafe your work can actually get, it can end up causing fatal injuries that might result in lifelong problems.

Even if a worker pays proper attention to the task they’re performing, not being aware of the surrounding environment is another behavior that can lead to unsafe work. If you’re working in the factory warehouse, being very attentive to every box you’ve to place in the stockpile. But you’re so focused on this task, you don’t pay attention to a carton full of products that’s about to fall from the top-most shelf right on your head. That’s the blind spot you weren’t aware of because you weren’t paying attention to your surroundings.

These blind spots make us vulnerable even after we’ve used all necessary safety procedures. And since they’re part of an environment we’re used to working in, we become even more prone to not focusing on them. If you’re looking for more information on behavior-based safety, check out the articles on Elite-Leather.

At times, employees deal with unsafe work conditions by considering what they know or assume is the danger instead of being entirely thorough when checking for unsafe and unhealthy work practices that could cause problems.

If a worker is asked to inspect a factory’s wiring issues and while doing this inspection, they check every corner apart from the one where they usually perform their tasks, assuming that they’ve never seen any issues occur in that corner, so everything must be fine. The next day, a fire destroys a bunch of important documents in the factory, with a short-circuit starting from the one corner the employee failed to inspect.

This is what assumptions and pre-existing biases end up doing: show us only what we’re expecting to see, with our brain ending up ignoring the contradictory factors to these biases.

4. Thinking it won’t happen to you

At times, workers end up thinking an injury or health problem that their coworkers or friends suffered as a result of working in the factory won’t really happen to them. In doing so, they avoid using the right precautions to keep themselves safe and adopt unsafe behaviors, i.e. avoid personal protective equipment, approach hazardous spots or objects without any safety or proper awareness, etc. This leads to them increasing the risk of contracting diseases or becoming injured, which negatively impacts their productivity and health as a whole.

If you’re looking for top-quality personal protective equipment, ELC’s glove collection can help you out.

5. Going with the usual instead of what’s safe

Whenever workers come across a choice in their tasks, they choose what they’re used to, not only because it’s comfortable but also because they believe this is the safest option. So when you introduce them to a new machine or accessory, they’ll try approaching it with the method they think has always worked out for them instead of following the instructions they’ve been given. Maybe this could work for them, or maybe it doesn’t, but if their life and health hang in the line, it’s better to very clearly state in front of them to follow the training they’re being given instead of just following their gut feeling.

Moreover, a worker may be given five different kinds of PPEs but if they don’t differentiate between which PPE is meant for which task, they might end up putting themselves at risk of unsafe work conditions. For this purpose, it’s better to train workers on the usage of PPEs, so they don’t just choose what they’re comfortable with while going for a specific task, but what would be useful to them in that situation.

Workers at factories and construction sites usually deal with dangerous chemicals and equipment that endanger their safety. But even after having access to the appropriate PPEs, they end up not using them thinking if they’re careful enough they’ll keep from getting injured, not realizing their unsafe work habits and that some injuries and diseases occur over a long period of exposure to dangerous materials.

Someone working among chemicals and not using the right PPEs may end up developing skin problems over time, while someone working with vibration tools may end up with neurological damage because they ignored the use of PPEs. And even if they used the PPEs regularly, ignoring the damage to that PPE can again expose them to those materials without their realization.

Our brains are trained to focus only on immediate dangers and recently occurred events. This means we give importance to stimuli or events that exist on top of our minds and ignore the other potential hazards. Hence, if workers witness their colleague suffer an injury like chemical burns, etc. they will tend to focus more on this danger than any other equipment or risk present in the vicinity, instead of doing an overall hazard assessment to point out what workers should or shouldn’t do to avoid at-risk behaviors.

Since this accident is fresh in everyone’s head, they’ll try to stay away from it, use the right PPE to save themselves from chemical exposure, and get training regarding it too because the factory manager would need to bring things under control after the accident. But what they forget is that this could be a 1 in 1000 type of situation and everyone may not suffer this injury if they’re just a little more cautious, and that every other, bigger risk needs more attention than just this one.

Indeed, most of these behaviors occur unconsciously, and they happen too quickly without giving anyone the time to think, but that doesn’t make workers helpless. These behaviors can be overcome with awareness and constant conscious thoughts. Simply having the awareness will allow you to counteract these issues.

When it comes to safety, workers should take a pause, pay attention to their surroundings properly and decide to ignore which risk will lead to unsafe behavior and injuries. This will allow them to take proper action to counter the issue. If you’re looking for more similar topics, or need to invest in PPE, you can have a look at Elite-Leather.